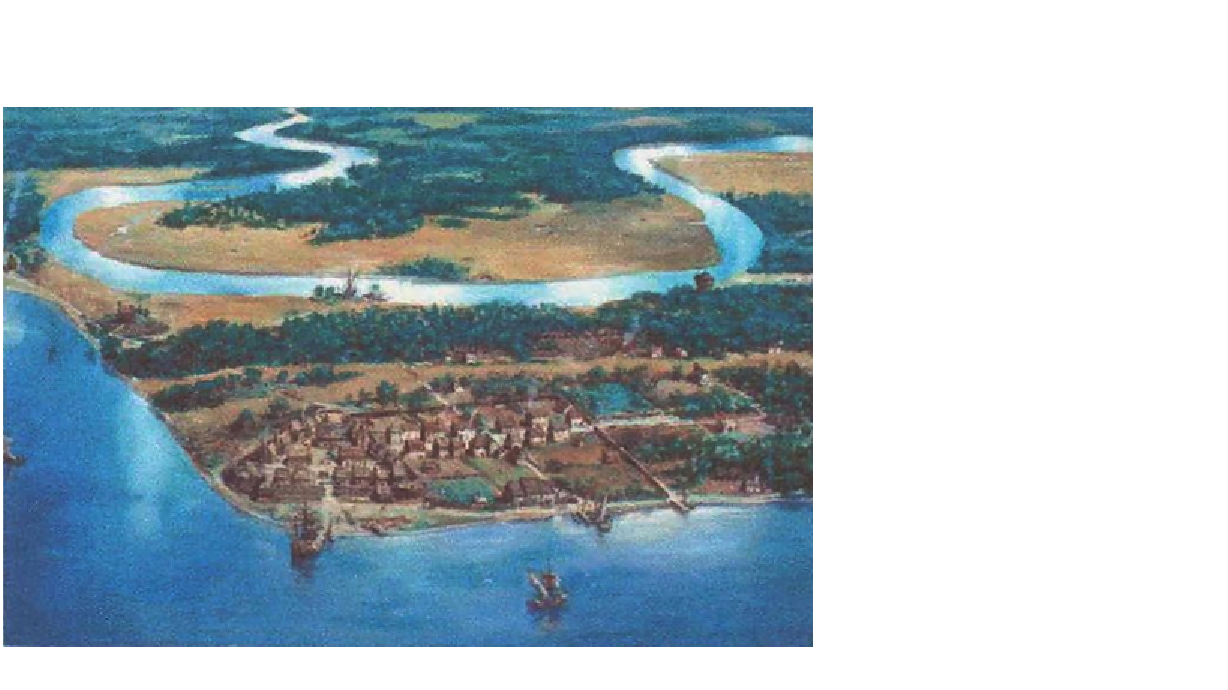 Jamestown Virginia is the site of the first permanent English colony in the New World. Or is it?

Recent findings and statements by the Outer Banks-based Croatoan Archaeological Society could give that honor to Hatteras Island and the State of North Carolina. Other regional archaeologists have diverse opinions.

On April 10, the society publicly concluded there is overwhelming circumstantial evidence that at least some of the 1587 Raleigh colonists assimilated with the Algonkian Native American Croatoan people of Hatteras Island.

CAS said its findings strengthen the case for something of exceptional importance for American history.

The group claims that the colonists were never lost but were abandoned by Mother England and lived out their lives with Manteo’s tribe on Croatoan, Manteo’s home. Furthermore, CAS contends, the offspring of the mixed-race community have continued to live locally and are still here.

CAS co-founder Scott Dawson argues that this does change American history. Other contemporaries think there is no definitive evidence, or have a differing view on the definition of permanence.

“If the colony did indeed assimilate at Croatoan as our findings indicate, then yes they are the first permanent English settlement in America and a much nicer story than the constant wars at Jamestown,” Dawson said.

In addition to artifacts CAS has uncovered over the past seven years, Dawson and his CAS co-founder and wife, Maggie, cite historical records, early history books, newspaper clippings and documented visits to Hatteras by English explorers to support their contentions.

Scott Dawson points to visits in 1701 by South Carolina colonist John Lawson, whom he said visited Hatteras and spoke with members of the mixed-race colony, as well as the evangelist Rev. John Irmstone, whom he said reported the community to his superiors in 1710. 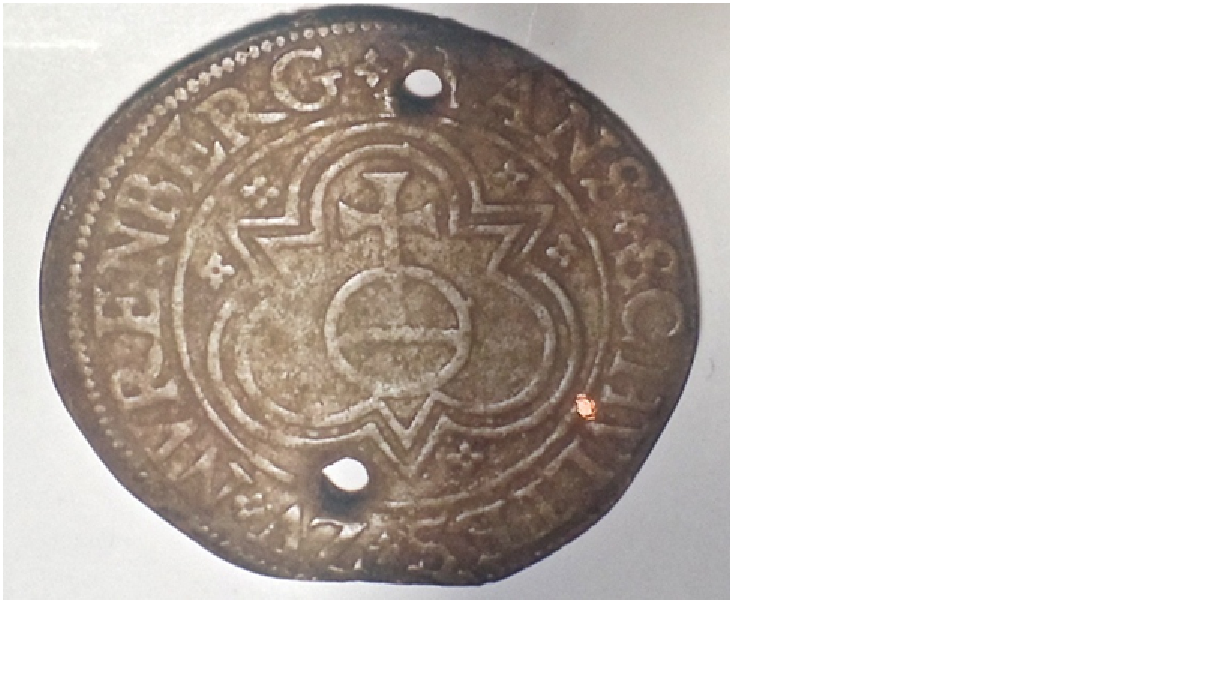 Among its findings on Hatteras Island, CAS uncovered a Nuremburg Token, which is a round metal piece resembling a coin, and which was used with other such coins to aid in counting, like a modern day calculator. It is identical to three tokens found on Roanoke Island, which CAS said can only be explained in terms of Elizabethan colonization ventures. (Ed Beckley)

Dawson added that the phrase “Lost Colony,” was created in conjunction with the longest running outdoor drama in the nation of the same name, which takes place annually on Roanoke Island.

“Essentially, the colony was not lost until the 1930s, when the play came along and told a good story to sell tickets. Understandable, as a mystery sells more tickets,” he said, contending that the colony’s whereabouts was never a mystery at all.

Dawson also holds up a 1759 land grant when the colonial governor of North Carolina gave the Hatteras Indians 200 acres.

“The heads of household are listed and they are common island names such as Farrow, Hooper and Brooks,” he said.

Charles Ewen is President of the Society for Historical Archaeology, a professor of anthropology and director of the archaeological laboratory at East Carolina University. Ewen said he could not say if the Governor White colony is the true first permanent colony.

“It appears the colonists had contact with the Hatteras Indians,” he said, “but is that where they went? Still no definitive evidence.”

The First Colony Foundation (FCF) is another archaeological organization that has long explored Roanoke Island for Elizabethan-era presence, and more recently a parcel 50 miles west of the Outer Banks on the western edge of the Albemarle Sound.

FCF archaeologists were also involved in discovering the expanded Jamestown community in Virginia. FCF announced a few months ago they believed they had found 16th-century English artifacts connected with domestic living at the Albemarle site.

The FCF said then that it was possible some of the Raleigh colonists may have gone inland. FCF is still studying its findings and has not made a definitive statement about them, yet, including from which Raleigh expedition the artifacts may have come.

As for which colony can claim the title of “first permanent,” FCF President Phil Evans said: “The concept of whether a colony is permanent seems to depend on perspective. For the 1587 colonists who spent the remainder of their lives on this side of the Atlantic, it would have seemed permanent.

“But it seems ‘permanence’ is not viewed from that perspective. It is viewed instead from the perspective of the metropolis (as the ancients would say) or the colonizing ‘mother country’

“As England was either unable or unwilling to maintain its connection with the group of English people here in America, the colony was thereby discontinued. Those English still here without contact with their mother country might best be seen as survivors rather than colonists.

“Not until Jamestown was settled in 1607 was a continuous English colony created in North American. This seems to be the measure of permanence that history requires.

“But we should not confuse permanence with importance.”

He noted that the French voyages and colonizing efforts of Cartier and Roberval in the 1530s and 1540s are of immense importance to the history of Canada and North America, even though no permanent colony was established.

“I don’t think any scenarios are off the table,” Ewen said. “It is possible that many died from sickness, and the survivors tried to sail back to England in the pinnace that was left behind — unsuccessfully.

“There is so little actual data, that there are many plausible possibilities of their fate, including all that you have mentioned.”

Dawson concluded, “Did they go to Croatoan? Absolutely. Did they thrive, try to return to England and drown; linger a few years and die off? That is the real mystery of the abandoned colony of Croatoan, not the lost colony of Roanoke.”

CAS and FRC are 501C3 non-profit organizations funded by private donations. To learn more about them, or assist in their efforts, go to www.cashatteras.com and www.firstcolonyfoundation.org.

With a degree in Marine Biology Alex has always been drawn to the ocean and so it was no surprise when he moved to the Outer Banks with his wife and 3 children in 1989 from Stone Harbor,NJ. Having o....